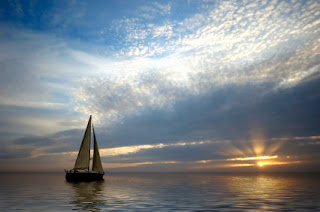 I have experienced two significant losses in my life- losses which effectively shattered my worldview, robbed me of my sense of security and normality and forced me to question everything I once oriented my life around. I felt completely and utterly overwhelmed as the reality of the finality of the deaths of those I love so deeply began to sink in. I felt as though I was in hole of hopelessness, helplessness, sadness and despair, and the prospect of ever being able to climb out seemed highly improbable. I was terrified- I was no longer the happy, outgoing person I was before they had died, and I was plagued by the worry that I would never be again. I felt lost. I tried to reach out, but the responses I received felt judgemental and unsympathetic. Each time I would try to speak about my experience, people would become visibly uncomfortable, oftentimes rushing me to another topic of conversation, or attempting to comfort me with “words of wisdom”, highlighting the positive rather than focusing on the reality of what was. I began to loathe phrases like “Be strong” and “Keep your chin up.” That was not what I needed to hear. I needed someone to validate my pain, not try to rush me to a resolution. I needed to hear that however I felt was okay and acceptable.

Grief is a natural response to loss, but it has been my experience that it is often framed as something to be fixed.  It is seen as problematic- it is to be treated, and done away with as quickly as possible. We live in a death denying culture, best exemplified through workplace bereavement leave policies that attempt to quantify and contain grief to 1 to 3 “bereavement days,” after which we are expected to “be strong and soldier on.” Following the allotted time, we are no longer given the implicit permission to express our grief publicly, and if we do, there is surely something wrong with us. And so, we often retreat- isolating ourselves, becoming fearful of reaching out to others due to the judgement we may receive. Furthermore, we become judgemental toward ourselves and thoughts like “Why do I keep dwelling on this? There is something wrong with me,” “It has been weeks/months/years, I shouldn’t be feeling like this anymore,” “I need to get closure, so I can move on,” etc. begin to manifest, and we consequently begin to avoid and deny our grief for the sake of looking like we have put our grief behind us and moved on. But the reality is, the pain is still there, waiting to be heard and felt.

Grieving is not a timed process, as pain of such deep magnitude simply cannot be confined to a number of days, weeks, months or years. You will be sitting in the pain of your loss for the rest of your life. Of course, the pain will transform the more you move toward healing through expressing it, but it will always be there, because your love for the one who has died will always be there.

The normal you once had can no longer be found, because it no longer exists. The focus of the grief journey therefore, is not resolution but integration. It is about integrating the reality of your loss into your life, not putting it behind you.

Rest assured that your grief is not a problem to be fixed. There nothing shameful about it, and there is absolutely nothing wrong with you. However you feel is okay- today, tomorrow, and the countless days after that.

Sign up for updates from Sara Notenboom, Registered Psychotherapist